How can history provide lessons for real estate investors dealing with the current crisis?

The current coronavirus crisis is certainly unprecedented and identifying its longer-term impacts is undoubtedly challenging. However, it is often helpful to lean on history when developing a narrative and understanding of a crisis.

It typically takes two years for the economy to return to prior levels following a pandemic – with the virus itself having the most effect on the economy within a three-month window. While there are no perfect historical comparisons, this does give us a feel for how an eventual exit to this crisis may develop.

For example, Asia has handled this crisis better, largely because of its experience with the SARS outbreak in 2003. In addition, due to the experience of the global financial crisis (GFC), policymakers learned to go big and go early – which has been welcomed by financial markets. Below, we take a look at the current state of global real estate and discuss how authorities have heeded the lessons of history.

It is inevitable we are comparing this crisis to the GFC, which was a time of severe uncertainty tied to the instability of the banking system. Today, the uncertainty surrounds when economic activity might resume and the effect on real estate tenant and industrial demand. This shock to real estate has developed more abruptly than at any point in recent history, which for comparison we would need to go back to the Spanish flu pandemic of over 100 years ago.

Fortunately, the policy response has been much faster than in any previous downturn. The Federal Reserve adopted a ‘whatever it takes’ stance, including liquidity injections of as much as 10% of GDP. It is also spreading these injections across a broader range of areas than during the GFC. In the GFC, it took the Fed nearly two years to expand the balance sheet by $1.5trn (€1.38trn) – this time it took just three weeks. 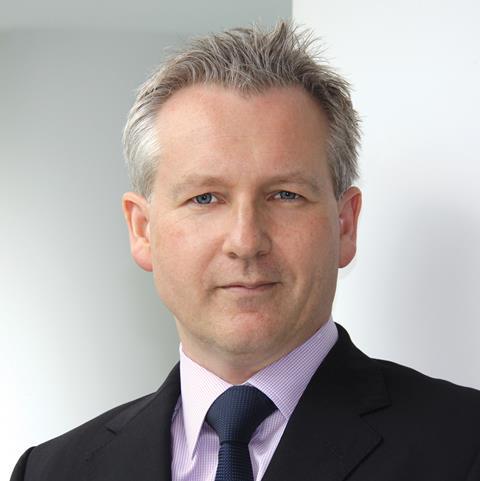 In relation to real estate, the Fed is already buying mortgage-backed securities, including Freddie Mac and Fannie Mae, while it is also directly providing credit to businesses of all sizes – the tenant base for commercial real estate. Despite this, the policy backstops do not provide much clarity in relation to how real estate markets will operate and transact in the coming months. Therefore, we are focusing on where we do have further clarity, which is real estate underpinned by structural shifts in demographics – in areas such as logistics, as well as residential trends.

In Europe, we are obviously at the end of a real estate cycle experienced since 2012. With the unprecedented lockdowns and restrictions, a very deep recession is likely in Q2. The best we can hope for is that these actions will be short-lived. In relation to real estate, deals are beginning to be put on hold or falling through, as viewings and surveys are understandably incredibly difficult in this environment.

While rents do not have to be paid, according to government policy, loan repayments are still due. This typifies how challenging this crisis is from a policy perspective. There has certainly been a measured response from the industry, and markets appear better prepared to deal with this downturn relative to 2008. Nevertheless, our analysis suggests it is possible to witness a 25% fall in values, given the starting point and the magnitude of this crisis. The largest risks in the near term are tied to real estate involved with large groups of people – such as hotels, retail and flexible offices.

However, there some supporting factors. Europe went into this crisis with low interest rates, which is unusual for a downswing, while there is also low supply growth. In terms of areas better protected, residential sectors are typically the least volatile. There is currently significant government support, as well as social safety policies in place to help tenants, such as rent holidays. As for logistics, it is not immune to the downturn, as supply chains are under pressure and channels of demand have been impacted. However, this might accelerate the trend towards online retail and create a need for greater supply chains in the future.

In Asia, the most encouraging signs are coming from China, where many of the restrictions that were put in place are gradually being lifted. In major cities like Beijing and Shanghai, life is going back to normal – people are no longer working from home, public transport is resuming, and meetings are allowed. The situation is a little different elsewhere. For example, Singapore is facing a second wave of infection, due to people returning from overseas.

The support from governments is similar to what we have seen in the US and Europe, with authorities keen to support domestic economies. In terms of real estate, obviously the risk increases the longer this crisis goes on for.

We are expecting to see additional stress in the retail and hospitality sectors, similar to what is happening in other regions. Online retail exposed to groceries and household goods will be more immune, but discretionary retail will likely suffer.

While history suggests it takes two years before economic growth returns to its pre-crisis trend, what we learned from the SARS outbreak was that recovery of economic activity can be quite sharp. In sectors such as tourism and hotels, it took Hong Kong about two or three quarters from the height of the crisis to return to normality.

While we are prepared for additional drawdowns, we remain optimistic on the long-term growth in Asia and are ready to take advantage of any discounts in this highly competitive market.

Finally, one additional lesson we learned from the GFC was that even though real estate correlations jumped, there were still benefits to be had from diversification. While sentiment and the direction of travel of rents will likely be similar for many markets in this crisis, we will continue to seek out the most defensive sectors for the near term, as well as work with assets to generate value over the long term.