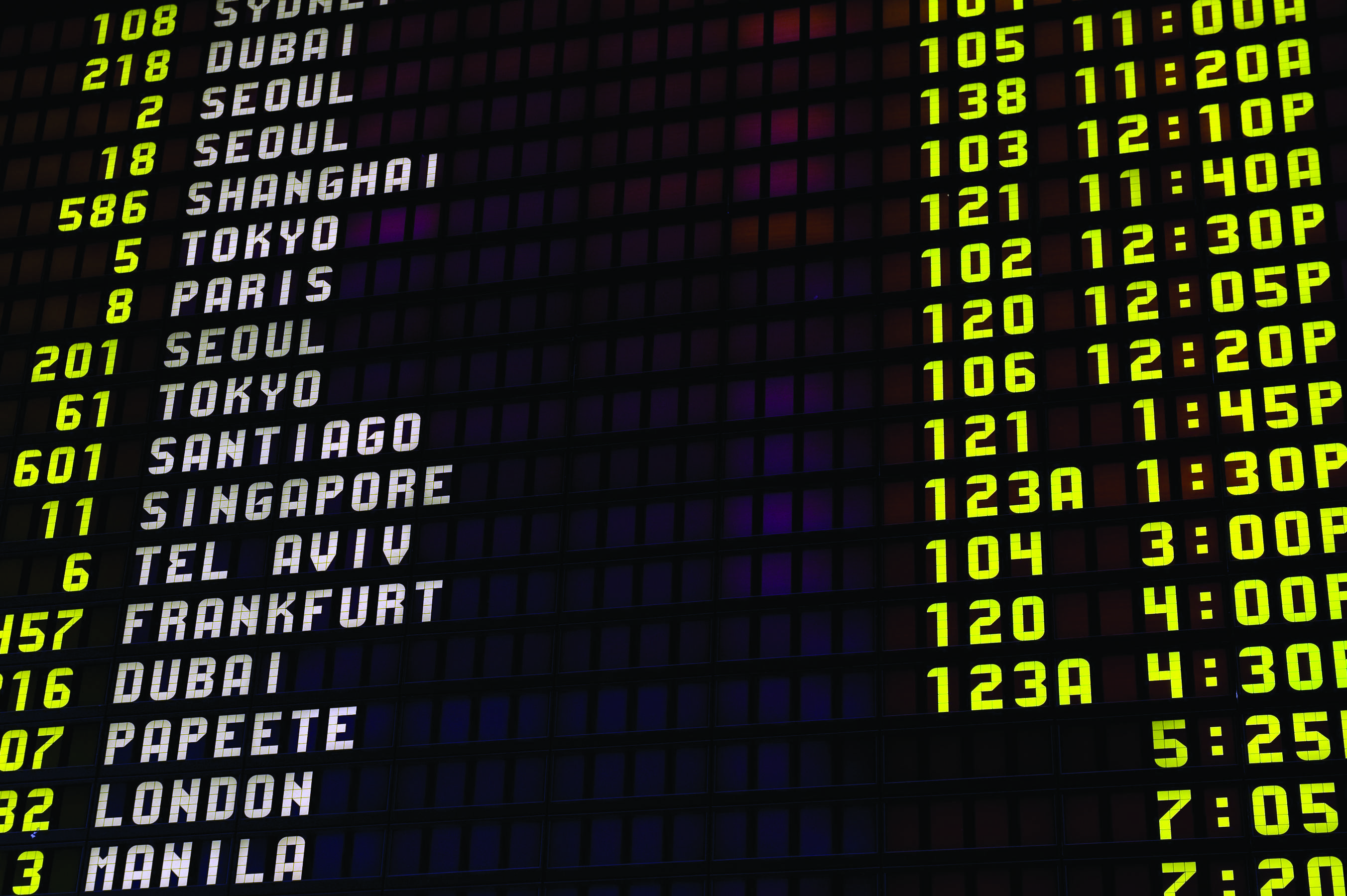 Large institutional investors around the world are spreading their real estate nets wider. As the institutions’ overall assets increase — and property exposure grows still more rapidly — the funds need larger seas to fish in, and this is particularly true of those located in small markets.

The Norwegian Government Pension Fund Global, for example, bought property in the US last year for the first time, as its mandate to invest in real estate was expanded to include investments outside Europe. With a stated aim of increasing its real estate allocation to 5% of assets, the NOK5.5trn oil fund still has some way to go. Last year it managed to expand its exposure to 1% from 0.7%.

Institutional investors in Asia are also looking to foreign markets for property. A recent survey showed that for Asian pension funds the US and UK were their top destinations for overseas real estate investments, followed by Europe, Australia and Asia. Two-thirds of respondents in the poll expected international real estate to become more important in their portfolios.

Listed property, including real estate investment trusts (REITs) can, arguably, provide a way for international investors to gain faster and simpler exposure to foreign markets than can be achieved through direct investments. Even when investing in the home market, advocates say the securities carry benefits such as liquidity and transparency.

But while REITs markets exist in the US, Asia and Europe, institutional investors in each region have very different levels of participation in those markets.

“There has not been as much demand coming out of Europe, but as REIT legislation continues to be adopted in countries worldwide, it will expand the investable universe and it is expected to draw more attention and opportunities to the space.”

The Asian REITs markets have been playing a game of musical chairs, rather than witnessing any overall increase in investment from institutions, says John Vojticek, chief investment officer of liquid real assets and listed infrastructure at Deutsche Asset & Wealth Management’s alternatives and real assets team.

“We haven’t seen a significant increase in mandate activity from pension funds but, rather, people moving their existing allocations between managers,” he says. “Japan remains a place where existing funds continue to gather funds from existing investors, particularly on the retail side.”

Elsewhere in Asia, high-net-worth individuals have been actively putting money into Singaporean REITs, which are seen as a store of value, Vojticek observes.

James Wilkinson, European CIO, global real estate securities at BlackRock, notes that Japan has a REITs market that is well established, deep and broad. Japanese investors have a long history of investing in real estate, he explains. “That’s partly because it is a yield-hungry market and, within Japan, sources of yield are hard to come by.”

Elsewhere in Asia, Wilkinson notes the entry into the REITs markets in the past year or two of large new investors, such as the sovereign funds in China and Taiwan and large government-controlled pension funds. They have been moving into REITs, partly, he says, because regulations around these funds have only recently been changed, allowing them to invest in listed as well as physical property.

“Regulations have changed and are also continuing to change and adapt,” he says. “I suspect that will be a multi-year process.”

The growth of the global REITs industry has been quite dramatic since the year 2000, Wilkinson says, growing from a market cap of $336bn to more than $1.2trn at the end of last year. “At the same time not only has market cap increased, but the number of countries putting legislation in place has growth significantly,” he says.

In any case, Asian investors have long had an affinity for real estate, according to Larry Antonatos, managing director at Brookfield Investment Management in Chicago. “They are increasingly comfortable considering real estate investment opportunities across the globe, particularly in the large and liquid US market,” he observes.

Elsewhere, however, the investment culture differs. “While European and US investors also have an affinity for real estate, they are frequently content to invest closer to home,” Antonatos finds. The growing interest in REITs from Asian retail investors reflects the considerable wealth creation in the region and is happening as a result of people becoming more sophisticated in the way they invest, he says.

“The Dutch, for example, have been investing in global REITs for decades and are extremely sophisticated,” he says. “The same really applies in Asia-Pacific, with the Australian, New Zealand, Japan and Taiwan institutional investors all invested in G-REITs [global REITs] for many years.”

Even so, he acknowledges that the US REIT market is the deepest, largest and most advanced investment market globally. “Given it accounts for most 50% of most global REIT benchmarks, US investors have always been very confident in investing in the global asset class ever since US REITs were set up within the US in the 1960s,” he says.

In the UK, auto-enrolment pensions provider NEST has earmarked a fifth of its assets to Legal & General’s Hybrid Property Fund which, in turn, has 23% of its assets in listed real estate — including REITs.

Some find it surprising that the REITs market in the UK has not developed more broadly.

Gerry Young, corporate finance director at PricewaterhouseCoopers in London, suggests that fund managers investing pension fund allocations in unlisted property funds often do not favour these funds changing into REITs because the investments then take on unwelcome equity-like characteristics.

“The issue is that it performs like an equity, trades at a discount or premium to NAV,” he says. “One of the reasons there isn’t a greater movement into REITs is that pension funds have their allocations to real estate and they want pure exposure that comes from direct exposure.”

Peter Barkow, managing director of Barkow Consulting in Düsseldorf, notes the recent entry of a few first-time REIT investors from Germany – for example, Bayerische Versorgungskammer (BVK), Germany’s largest occupational pension fund with €59bn in assets — and Allianz Real Estate. “This is very remarkable, given the reluctance of German insurance companies and pension funds to invest in listed real estate,” he says.

It is much easier and faster for pension funds — which are already allocating more to real estate in the search for yield — to invest in REITs rather than directly, Barkow says.

The smaller minimum lot size for REITs allows much easier regional diversification but, in addition, prime property in the direct market has now become quite scarce and expensive in many regions, he contends.

Anna Weickart, senior investment consultant in manager research at Towers Watson, says that many prime real estate assets are owned by REITs. “So you are getting exposure to trophy assets that, as an individual direct real estate investor, it may be difficult to have sufficient size,” she says.

Earlier this year, Dirk Söhnholz, chief executive of Germany’s Veritas Investments, argued that German institutional investors should take a closer look at REITs if they wanted more diversification, as that was hard to achieve using direct property alone.

But he also acknowledged that it would be hard to persuade institutional investors in Germany to reach the level of exposure to REITs seen in neighbouring Netherlands.

“Dutch and Australian investors went global with regards to real estate securities, investing a lot earlier than the US, given they were typically a lot smaller, less diverse and highly dominated local REIT markets,” she says.

For continental European investors, Weickart says, the issue of classification may have been holding back implementation of strategies involving REITs. “The issue here is, where do real estate securities sit from a capital at risk perspective – in the real estate or equities quota? The move to DC strategies where daily or weekly liquidity and pricing is key may see increased demand for listed real estate securities in both the UK and the US in particular,” she says.

In the US, there is a move from some investors towards global real estate securities investing as well, she says.

Looking ahead, Maydew says some investors globally have already hit their target allocations for listed real estate, whereas others have not and are just now realising the potential of the asset class.

“The largest pension fund in the world for example, GPIF in Japan, currently has a zero weighting to real estate, which is inclusive of both listed and direct,” he says. “However, other institutional investors, such as certain Dutch pension funds, already have a 15%-plus weighting to listed real estate, which is the mark we feel most institutional investors will build towards in due course.”

Maydew believes GREITs are likely to receive more attention from investors, because of low bond yields around the world and the fact that so many institutions still need to match their liabilities. These securities offer a good yield of around 3.5%, he says, as well as the expectation of growth in a global economic environment that is improving.

Antonatos sees solid reasons why pension funds are significantly increasing their allocations to real assets. Apart from the important portfolio diversification they provide, real assets are attractive to institutional investors because they give a mix of yield, stability and growth, he says. “Real estate and infrastructure are generally the two largest components of real asset allocations,” Antonatos says.

When making the choice between direct property investments and REITs, he says, pension funds generally acknowledge that, in the long term, both vehicles will give similar returns – but that the pattern of returns over time will be different, mainly because REITs show a higher correlation and beta to listed equity markets.

Because of this, pension funds generally base their real estate investment decisions on a preference for liquidity, where REITs have the advantage, he says, or else on a preference for low volatility and portfolio diversification, where direct property investments have the advantage. “Some pension funds choose a mix of both formats to achieve a target blend of liquidity, volatility, and portfolio diversification,” he says.

Reuter says that both investments in direct property and REITs have appropriate places in clients’ portfolios. “REITs and private equity real estate funds offer investors complementary access to investment in real property, and global REITs provide investors an efficient and more liquid manner in which to invest globally,” she says.

Pension funds continue to use REITs as a means to get more liquid exposure to the institutional real estate market, she says, adding that this is especially true for global REITs where it is harder to put together a diversified portfolio of global properties.

“With global REITs, investors can get liquid diversification to the property markets worldwide,” Reuter says. “Traditionally, investors have looked to the sector for diversification, inflation-hedging or income and this continues to hold true.”