Economic Briefing: Bracing for a Brexit

How big a threat would Britain exiting the EU be to the UK property markets? Ed Stansfield questions some common assumptions

The British government has promised to hold a referendum on the country’s membership of the EU by the end of 2017. And the issue of what a ‘Brexit’ would mean for property markets is an increasingly common question.

At one extreme, it is sometimes claimed that a Brexit would devastate the UK’s export sector and that three to four million jobs would be lost.

Clearly, the UK’s trade links with Europe are important. In fact, 63% of UK goods exports go to either EU member states or countries such as Switzerland and South Africa which have free trade agreements with the EU. Yet many claims that leaving the EU would be a disaster implicitly assume that all trade with the EU would cease. That is unrealistic.

After all, France, Italy and Spain, all export more to the UK than they import from the UK – as does Ireland. Moreover, the UK also absorbs a sizeable 7% of German exports. As such, these economies have a clear incentive to ensure that a UK exit would not result in punitive tariffs which damage their own ability to trade with the UK.

For that reason, in the event of an exit, we suspect that the UK would be able to negotiate fairly favourable trade terms with Europe. If so, existing trade flows, and the jobs that depend upon them, could be largely unaffected.

Even if we are wrong and the UK finds itself facing the EU’s common external tariff, based on current trade patterns, this would be a relatively modest 4.4%. We doubt that this would be enough to cause a slump in trade especially as, under the Lisbon Treaty, the UK would effectively remain an EU member for up to two years after any exit vote was cast.

That would give exporters time to plan for increased costs, as well as to make inroads into new, faster-growing non-European markets. Indeed, such a shift in trade patterns could even end up benefitting the UK over the medium term.

A second common concern is that investment flows into the UK – both direct investment and into property – will collapse if the UK leaves the EU. Yet tariff-free access to Europe and the free movement of labour and capital are not the only reasons that so many firms choose to make their European headquarters in the UK.

Other factors include the open political and legal systems, good transport connections and the English language. In addition, the World Bank ranks the UK eighth in the world for the ease of doing business. Germany ranks 14th, France 31st and Spain 33rd. Such factors will not change if the UK leaves the EU. So we suspect that investment flows might drop, but not collapse.

Similarly, we doubt that overseas demand for UK property would slump. That is because such purchases are typically for investment rather than operational purposes. So if we are right that the economy will not be structurally weaker outside the EU, buyers will continue to be attracted by the size, liquidity and transparency of the UK market.

A final area of concern is that the City would suffer if the UK leaves the EU. And given the City’s dominance, the idea that the rest of Europe has a clear incentive to let the UK leave on good terms may not apply to financial services.

In particular, there is a risk that financial services firms based in the UK would lose their ‘passporting rights’ – or the ability to operate across the EU without the need to establish subsidiaries in each market. It is plausible that a loss of those rights could halve the value of financial services exports to the rest of the EU.

Leaving the EU, but staying a member of the European Economic Area (EEA) would allow the UK to protect those rights, but subject the UK to EU regulations without the ability to influence them. As such, we doubt that will prove an attractive option.

So if the UK left the EU, a number of overseas financial institutions might close or scale back their London operations. Given the current size and timing of the city development pipeline, that dip in occupier demand could well trigger a spike in vacancy rates leading to a fall in rental values. And if investors felt that the City had been permanently damaged they might cut sharply the price premium commanded by City office space.

Yet the City’s position as a leading financial centre pre-dates the single market. And cities such as Paris and Frankfurt do not have as large a pool of skilled workers as London, or the same depth of expertise in accounting and legal services. Thus the exodus of firms to the continent might be smaller than is sometimes feared.

In addition, financial services firms do not seem to have been the key driver of central London office take-up in recent years, even in the City. Within London, financial services account for roughly 16% of the stock of office-based jobs. But over the past two years, they accounted for only 6% of the new jobs created. Instead, professional, scientific and technical services have been driving job creation.

Moreover, occupier demand may have been held back in recent quarters by inadequate supply. If so, even if demand from financial services firms were to fall, increased demand from other sectors could help to fill the void.

Finally, consider that China accounts for just 2% of the UK’s financial services exports, compared with 41% for the EU and 26% for the US. So there appears to be ample scope for increased trade with emerging markets to plug the gap left if financial services trade volumes with Europe were to drop materially. Therefore, while Brexit might pose a short-term risk to the City and its property market, it need not necessarily usher in a longer-term structural decline. 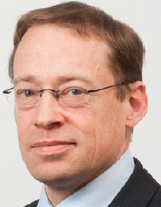 In any event, we suspect that domestic factors will be far more important in determining the UK’s economic and property market performance over the next few years. In particular, the gap between productivity and its pre-crisis trend is still close to 10%. If that were to be closed, the beneficial effects to the economy and property markets would swamp the impact of Brexit.