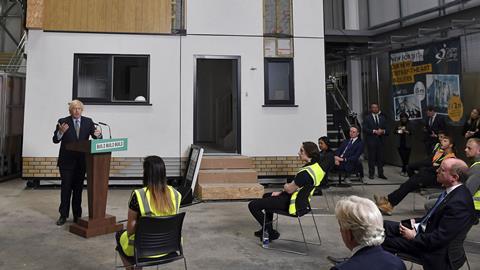 The UK government has called for an “infrastructure revolution” to help lift the UK economy out of a coronavirus-induced malaise. Private capital should play a large role alongside the public purse in delivering on that ambition, writes Darryl Murphy 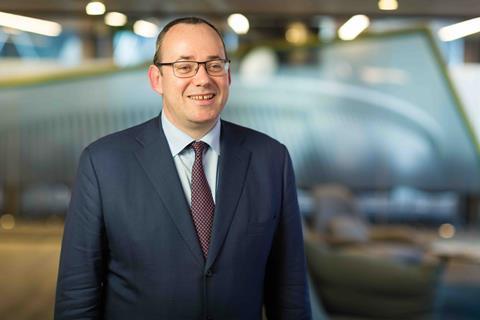 Darryl Murphy is managing director of infrastructure at Aviva Investors

On 30 June, in a speech that showed characteristic bravado, Prime Minister Boris Johnson outlined an optimistic way forward for the UK economy as the lockdown measures that were necessary to combat COVID-19 gradually ease.

Whether by coincidence or design, the West Midlands town of Dudley seemed an appropriate location for the speech, given its history as one of the key centres during the Industrial Revolution. Johnson, too, spoke of revolution, but instead of coal mines and cotton mills, it was the country’s infrastructure system he had in mind.

“This moment gives us a much greater chance to be radical and to do things differently…to build back better…to build back bolder,” he said. “It is this infrastructure revolution that will allow us to end that other chronic failure of the British state.”

Although infrastructure was at the heart of the speech and provoked some eye-catching headlines, the emphasis was as much on cutting through bureaucracy to “get things done”, as Johnson put it, rather than additional financial commitments. Despite promising a “New Deal” to accelerate £5bn (€5.41bn) of infrastructure investment, that figure was already included within the £600bn investment announced in the March Budget by Chancellor Rishi Sunak.

Nevertheless, it was at least positive to see a continued commitment to infrastructure investment. Concerns that the fiscal impact from COVID-19 may force the UK to return to a period of austerity and under-investment appears to have eased. Clearly, the government recognises the immense economic challenge the UK faces; taking Johnson’s comments at face value, it also sees the opportunity to invest in infrastructure in a way the UK has not seen arguably since the Second World War.

The Prime Minister acknowledged the weakness in UK infrastructure relative to Europe in terms of the cost of delivery and procurement timetables. Planning delays that have challenged many infrastructure schemes are now promised to be addressed through “Project Speed”. The industry cautiously welcomed these messages and eagerly awaits further details to emerge over the coming weeks and months.

For now, there is still little clarity on the relationship between public and private investment as part of this approach. The more optimistic infrastructure investors will have taken comfort from Johnson’s positive rhetoric towards “Our innovators, our wealth creators, our capitalists and financiers”, saying that “it is their willingness to take risks with their own money that will be crucial for our future success”. The devil, as they say, is in the detail.

The Works Progress Administration programme implemented by President Franklin D Roosevelt in the US in 1935 has been the reference point for the UK, but to deliver such programmes needs a high degree of planning, commitment and pace that has often been lacking in UK infrastructure. This needs close co-operation across the industry, investors and the government, and it is time for practical solutions. In that context, we have set out below 10 key actions that could help to achieve the Prime Minister’s aims to build our way back to health.

The familiar calls for “shovel ready” projects are being made and this forms a key tenet of the current government plan to “build, build, build”. However, even with improved planning and procurement, infrastructure investment remains notoriously challenging to deliver in the short term. More details are due from the government on its approach to infrastructure within the National Infrastructure Strategy and the findings of the Infrastructure Finance Review, currently earmarked later this Autumn 2020.

But while the current focus on the immediate post-COVID-19 recovery is important, a longer-term investment plan should be implemented to end the perceived stop-start nature of infrastructure investment. We would welcome such a plan within the National Infrastructure Strategy, which should provide a road map of not just the investment needs in the next few years, but also well into the future.

2. A pathway to net zero

The immediate investment needs are critical to supporting the economic recovery out of the current crisis. However, the key long-term challenge for the UK, like many other economies, remains the threat of climate change.

The UK needs to set out a comprehensive and detailed pathway to meet net zero emissions by 2050. This should consist of a granular plan covering the full range of infrastructure investment required into energy generation, heat and mobility.

The Energy White Paper expected later in the year should provide a starting point. However, much of the investment required relates to early-stage technology or sectors without a defined commercial funding model, including: battery storage; carbon capture; utilisation and storage (CCUS), electric vehicle charging; hydrogen; district heating; energy efficiency and nuclear energy (large and small scale).

The government can no longer rely on the market to determine the way forward: this is a sector where private capital will be key. A detailed pathway should provide a clear indication to investors on the levels of government policy support and intervention that will be made available for each individual technology.

The relationship between regulated utilities, regulators and the government has been under strain for some years, with increasing pressure from regulators to drive out efficiencies in companies and reduce consumer bills.

The regulated asset-base model is tailor-made for investment and, with the appropriate incentives and signals, these entities are perhaps one of the most effective ways of increasing investment in gas, water and transmission networks in the short-term. The post-COVID-19 market should trigger a positive change in the relationship between the regulator and utilities to stimulate greater investment.

COVID-19 has demonstrated the critical importance of digital connectivity to society. The UK fibre sector was already very active, but the government should seize the opportunity to provide a plan on how it will achieve its target of connecting fibre to all homes by 2025.

There are already significant levels of private investment in this sector, but more will flow as result of a detailed plan, including any policy or financial intervention that may be required.

5. The role of public-private partnerships

The public-private-partnership (PPP) model was retired by the previous Conservative administration. It would appear, even given the current fiscal position of the UK in light of the increased public borrowing to address COVID-19, there is no appetite to reconsider the use of PPP for tax-funded infrastructure such as health, education, roads and rail infrastructure.

Nevertheless, the current climate presents an opportune moment to reconsider how private investment in public services could improve from the previous experience of private-finance initiatives/public-private partnerships (PFI/PPP). The Welsh government has made two recent announcements in relation to its Mutual Investment Model. The £500m-plus A465 road will reach financial close later in 2020, thus providing one of the best examples of shovel-ready projects. The Welsh government has also just announced the preferred bidder on its school-building programme, which could provide a blueprint for wider investment.

6. The role of UK pension funds

There was one noticeable element missing from the Prime Minister’s reference to “capitalists and financiers”. A significant amount of UK infrastructure remains under private ownership, with much of that capital provided by UK and international pension funds.

These investors are having to manage the acute impact of the pandemic on certain transport assets, such as airports, ports, service stations and the M6 toll road. All have shown their long-term commitment to these assets.

Many pension funds remain keen to increase their exposure to UK infrastructure. The ability of infrastructure assets to generate long-term, risk-adjusted returns is one reason for this; additionally, improving the economy and services to existing and future pensioners is a narrative that would increase public support for private investment into public infrastructure.

Despite the impact of COVID-19 across society and its impact on businesses, there remains significant capital available for infrastructure investment. However, access to the sector in the UK continues to be challenging for investors. In many sectors the issue is the lack of long-term funding sources, not the availability of capital.

Work is being done to try and unlock future land value into infrastructure investment, which remains a problem for investors seeking access to infrastructure assets rather than property development. If now is the time for brave ideas, the government should reconsider the potential of developing road-user charging as a means to invest in future transport development along with the potential use of the regulated asset-base model for managing highway infrastructure as a network.

A key objective of the government’s planned infrastructure investment is to increase connectivity, productivity and economic wealth in the North of England. The process of “levelling up” will need local authorities to increase local investment.

There is a strong case to revise the government’s institutional framework to achieve the fundamental aim to build better, greener and faster.

However, two years on, the industry is still awaiting a formal response from government on several challenges to current policy. The National Infrastructure Strategy, due later this year, must address these issues. Unless there is effective interaction with the government, the NIC risks becoming an interesting but academic institution.

These objectives could be delivered through one institution, which should operate at arm’s length to HM Treasury or other government departments.

There continues to be concern over impact of the loss of the European Investment Bank on the UK infrastructure investment market. However, debate around its potential replacement is not focused on the actual market failure, namely the lack of early-stage development capital across the sector.

The government has already developed a series of financial tools to supplement the capital available in the infrastructure sector. Based on the previous action (point 9), there is merit in formally separating the finance function of IPA into an arms-length entity that is more market focused and armed with a range of tools to support infrastructure financing. This could include all existing public sector debt and equity tools.

The proposed arms-length government-owned entity is not radically different in structure to the current finance function in IPA. The entity should have independent governance and formal reporting requirements to the government but maintain clear public-sector accountability.

The government should look to provide additional support using early stage development capital to ‘pump prime’ key policy priorities in new technologies. This capital would be more akin to venture capital: the objective would be to use it to develop new technologies or assets and recycled at an early stage when the project can attract capital from wider private sources to cause a crowding-in effect.

For private institutional investors, the March Budget provided a clear steer that private finance was going to be encouraged in the direction of energy transition and digital. Boris Johnson’s speech in Dudley confirmed that position.

However, the relationship between the government and private investors must become even stronger. Investors are keen to engage and work closer with the government to deliver the infrastructure the UK needs, for its long-term prosperity as well as the more immediate recovery from COVID-19.

Darryl Murphy is managing director of infrastructure at Aviva Investors