Regulators are getting closer to extending passporting rights to non-EU countries. But a number of issues could slow the process, writes Glynn Barwick

The European Securities and Markets Authority (ESMA) has approved the extension of the marketing passport to major non-EU funds markets. On 19 July, it published advice in relation to the application of the Alternative Investment Fund Managers Directive (AIFMD) passports to non-EU alternative investment fund managers (AIFMs).

The context of the advice is that currently non-EU AIFMs that wish to market to EU professional investors need to register in each EU country under the national private placement regimes (NPPRs) and then report information on the fund and the manager to each regulatory authority. In some countries, such as the UK and the Netherlands, this is straightforward; in others, such as Germany, Italy and France, the process is difficult or impossible.

The directive, however, contemplates the possibility that a non-EU AIFM could obtain authorisation in a “member state of reference” and then use the passport to market throughout the EU in the same way as an EU AIFM may do. The availability of this passport was predicated in the directive on prior advice from ESMA that the regulatory regimes of the relevant home country was equivalent to that applicable in the EU.

In principle, all of the 12 non-EU countries considered by ESMA have passed the test, although there are slight differences between them. Canada, Japan, Guernsey, Jersey and Switzerland all passed with no substantial qualifications. The US also passed, although ESMA suggested restricting the passport to certain types of US funds. 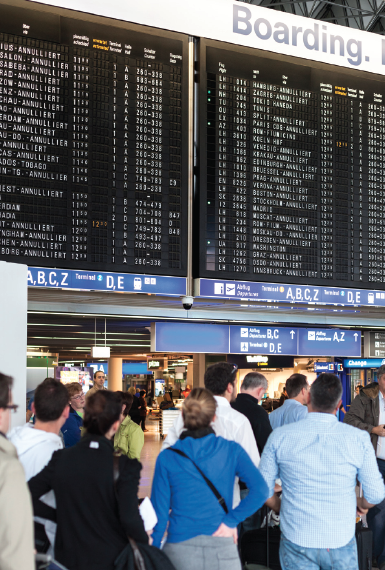 With respect to Hong Kong and Singapore, there are no obstacles to the extension of the passport, although both permit the access of retail schemes only from certain EU member states. Since the AIFMD permits marketing only to professional investors, it is not clear whether this is relevant.

Although there are no issues in relation to Bermuda, Cayman Islands or the Isle of Man, ESMA cannot give final advice until proposed legislative amendments have been passed.

The European Commission has until October to consider ESMA’s advice and publish delegated legislation to implement the passport. ESMA has suggested, however, that the Commission should wait until enough countries have been considered before implementing regulation. It is not yet clear whether the Commission thinks that a sufficient number of countries have been considered, so there is the real possibility that this could be delayed.

Will this passport make any significant difference to non-EU managers?

At least in the short term – and until the potential abolition of the NPPRs – this is not going to affect most managers. Most non-EU managers currently only undertake marketing in a few EU countries where registration is straightforward. Not many managers are going to want to obtain authorisation in a member state and then comply with the requirements of the directive (including the appointment of a depositary) and the remuneration requirements.

Following the referendum vote in the UK to leave the EU, there has been considerable speculation as to what the UK’s future trading relationship with the EU will be like, particularly regarding financial services. Although no-one knows at the moment, not least because it will all be subject to negotiation with the EU, an outline of what this might look like is fairly clear.

There are two substantive issues. The first relates to the rules UK firms face in undertaking domestic UK financial services business and whether these will be amended or repealed, since the UK will no longer be subject to the underlying European legal requirements. This question arises only if the UK cuts its ties with the EU. If it is allowed to join the EEA (the Norway option), it will still be obliged to implement the directives in their entirety, but will not be able to participate in their formation (as many commentators have observed).

“The UK was never greatly enthused with AIFMD when it was originally drafted. But, notwithstanding this, it is doubtful that much will change in the UK”

The UK was never enthusiastic about the AIFMD when it was originally drafted, but notwithstanding this, it is doubtful that much will change in the UK. There may be tinkering at the edges – for example, the remuneration rules and the third-country fund registration/reporting, but even this is doubtful.

The second issue relates to UK firms’ access to EU markets and investors. The AIFMD contains third-country provisions governing relations between the EU and third countries – those countries that are not members of the EU.

Subject to contrary advice from ESMA (which presumably without the UK it will be less likely to give), the NPPRs that EU countries are currently operating to permit (or not permit as is the case in Italy and France) third-country managers to register and market funds to professional investors will be switched off in due course.

At that point, a UK AIFM that wishes to market in the EU, or manage an EU fund, will need to obtain authorisation in the relevant EU country of reference and comply with the full terms of the directive. Presumably, though, UK AIFMs that do not wish to market into the EU may be able to operate without complying with the full directive.

The relatively smooth ESMA process described above for the third-country passport is good news for the UK. Since all of the regimes that ESMA has considered have passed the test at least in principle.

This means that when the UK leaves the EU there is no reason why it should not pass the test as an appropriate third country. This will mean that UK AIFMs that want to attract EU investors will continue to be subject to the same AIFMD rules. The unknown factor is how onerous the authorisation in the member state of reference is going to be for UK firms.

Glynn Barwick is a financial regulatory lawyer at Goodwin