A choice for real estate fund managers: Luxembourg or UK? 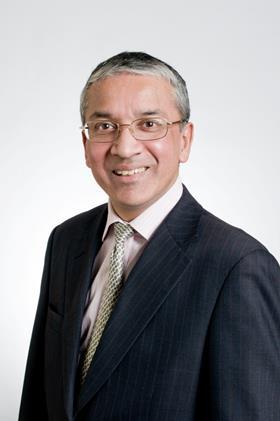 UK real estate investment managers that operate, or look to operate, Luxembourg funds must reconsider whether they should do so or, alternatively, move to/remain onshore in the UK because of two important developments:

The capital gains article of the new version of the treaty now includes a “property-rich” clause, a significant change from the previous version. As a result, gains by Luxembourg vehicles arising from disposals of interests which derive more than 75% of their gross value from UK real estate will be subject to tax in the UK. This aligns the Luxembourg UK double tax treaty, with most of the UK’s other double tax treaties, and removes the ability to avoid UK tax on property gains by using Luxembourg entities. The change is expected to take effect from April 2023.

UK-based fund managers, already grappling with the EU ‘unshell’ substance proposals – designed to tackle “the misuse of shell entities” – should evaluate the impact of this change and assess whether onshore vehicles targeting institutional investors will be more attractive. However, the caveat is that, post-Brexit, such vehicles cannot be marketed easily to EU investors under the Alternative Investment Fund Managers Directive passport.

The attraction of UK onshore vehicles will be much enhanced if, as part of the UK government’s funds regime review, it were to legislate for a closed-ended or hybrid UK Professional Investor Fund (PIF) that is effectively tax-transparent and transfers of units in which are not inhibited by transaction tax. I have been advocating for the PIF, and am delighted that in February 2022 the UK Treasury announced it would conduct further work to explore options to include the PIF in the UK’s funds offering. In addition, as part of the review, the UK government introduced in April 2022 a Qualified Asset Holding Company (or QAHC) regime and permitted REITs to be unlisted.

In the context of the government constructively taking forward the PIF proposal, and (I hope) legislating for the PIF, managers may then take advantage of a new paradigm with onshore vehicles. The choice for UK managers – exploring domestic and/or international real estate strategies – could include the PIF holding real estate directly or in combination with QAHCs and REITs.

Larger managers may well be in the luxurious position of justifying operations in both jurisdictions, with their Luxembourg operations complying with the unshell proposals and allowing them to retain market access to EU investors. However, smaller-to-medium UK managers, a target beneficiary of the PIF, may not have that luxury and need to choose between Luxembourg and the UK. They must monitor developments relating to both tax treaty and the UK funds regime review, and accordingly reassess the preference for their fund and corporate operations.