German investors are becoming a force to be reckoned with in the US, as they find successful routes into a competitive market. Stephanie Schwartz reports

GLL is one of the companies representing German capital that is active in the US real estate markets. “Traditionally, we have focused on core and core-plus assets in the gateway cities and a number of selected secondary markets that caught our attention due to their positive demographic trends,” says Christian Göbel, executive vice-president of GLL. “But as all US markets are becoming more expensive, we are increasingly interested in value-add opportunities.”

A recent value-add acquisition includes an empty retail unit in Times Square in New York City. Secondary cities that interest GLL include Seattle, Denver, Austin and Pittsburgh because of their strong job growth.

“We have seen growing interest from both domestic and international investors in secondary markets, which resulted in transaction volumes not seen in many secondary markets in Europe,” says Göbel. “There is an extremely attractive pipeline in the US – we have not seen a drop-off yet.”

GLL has been an active investor in the US since the company’s inception in 2000. However, it strengthened its position in the US with key acquisitions post-crisis, when there was less competition. GLL manages more than 30 assets in the US, with total value exceeding $3bn (€2.6bn). And the firm remains in acquisition mode.

In fact, says Göbel, “we are raising a new US fund with European capital sources, an indication that we are seeing a lot of interest from European investors.” While many of GLL’s international commingled funds have had significant exposure to US real estate markets, this will be the first commingled fund that is exclusively focused on the US. “Our investors are happy to go into certain markets with higher yields,” says Göbel, with rather conservative investment structures.” The firm is conservative in leverage, limiting it to around 50%.

And for the first time, says Göbel, GLL is talking to US investors that are interested in investing in Europe. “We have started to attract their attention because we are less London-centric than many other European asset managers. While we have certainly been active in the UK, we have generated a unique track record over the past 15 years in continental Europe,” he says. “This is what many of the international investors are currently looking for. So our business is more and more moving in both directions.”

While GLL goes it alone, other German companies work with US firms to establish themselves in the country. Hamburg Trust, for example, has worked with Paramount for the last six years, focusing on prime assets in New York, Washington DC, and San Francisco.

“It was a perfect match of philosophies,” says Dirk Hasselbring, CEO of Hamburg Trust Real Estate Investment Management. “They are investing in those locations, seeking stable values, prime assets, and employing active asset management to increase values – that is the same focus we have in Germany,” where Hamburg Trust is a dominant player in premium shopping centres in big cities, such as Dortmund and Stuttgart.

Overseas, Hamburg focuses on the office market, in Australia as well as the US. Returns in German office are so low, and rental increases very constrained, because of oversupply, while in the US “every area is competing with others, and big companies move to the best and newest buildings”.

Hamburg Trust invests in Paramount’s private REITs through a Cayman Island structure; while there are around 150 investors in each of Hamburg Trust’s four funds, the Cayman entity counts as only one investor in Paramount’s funds.

At the same time, in Paramount’s 2014 IPO, Hamburg Trust received direct shares in the new listed entity when two of the four funds it was invested in were taken public. “We believe the share price will rise by around 18% per year,” says Hasselbring. “It is an interesting way to invest in the US market, and after expenses we will have our equity back in a few years. We also have the possibility to sell shares whenever we want rather than waiting for a wind-up.” 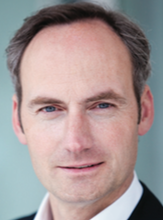 While Hamburg Trust is happy in its partnership with Paramount, Hasselbring says that the firm would also consider additional strategic partnerships outside Paramount. “We would look for a firm with a manager on the ground that would also scout investments on their own.” Development is a possibility, in line with partnerships the firm has in Australia with developers/managers.

DekaBank Real Estate has also taken a partnership route to expand its real estate presence in the US. While the firm has been active in the US since 1997, “selectively placing successful investments in the US”, says Matthias Danne, board member responsible for real estate, “we would have been pleased to do even more, although limited by tight pricing and challenges in getting access.

“We haven’t had any problems selling,” says Danne, noting that the firm had 10 transactions in the past three years, mostly disposals. It was a sale in 2013 that brought Deka into contact with Ashkenazy, he says.

Deka sold two retail properties in San Francisco to Ashkenazy, one occupied by Apple and one by Bulgari. “They really impressed us with how insightful and experienced they were, and they gave us the opportunity to look at what they did after they bought the properties,” says Danne.

“From time to time, they showed us opportunities. We are in a position to invest a significant amount of capital, and they prefer to be junior partner in terms of capital but lead partner in management,” Danne says. “We are getting access to properties more successfully than if we were doing it alone.”

In October 2014 the relationship bore fruit as the two firms teamed up to acquire two floors of a retail condo building on Fifth Avenue in New York City. The building is in a lively retail district and, while currently tenanted, has the potential to raise rents meaningfully and also to increase its retail space.

Not all partnerships that facilitate German investment in the US are based in North America. Many German institutions find it easier to invest in the US by working through a Master-KVG structure, splitting asset management and administration, according to Alexander Tannenbaum, managing director, Universal-Investment. “The Master-KVG structure has become very popular in the real estate business over the last five years,” he says. The firm started a business for that in 2011 and today administers around €3bn in real estate funds. 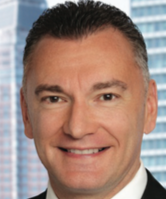 “With a Master-KVG, companies like institutional investors or asset managers without a regulated platform can invest in a foreign land”

“With a Master-KVG, companies like institutional investors or asset managers without a regulated platform can invest in a foreign land but with a very regulated structure in Germany, and can be sure money will only be invested according to the fund strategy,” says Tannenbaum. ‘The asset manager creates the investment proposal. Our main function is to crosscheck the assumptions of the deal from a German Investment Act perspective.”

Having administered around 160 deals over the past two years, with 20 asset managers, says Tannenbaum, “we have a lot of national and global experience and a wide view. We may have a second option as to the reasonableness of a deal.”

With a Master-KVG, institutional investors can bundle all their assets on one administration platform, while reporting is consolidated. In addition, Universal-Investment also can provide a currency hedging service. “Most investors in US real estate have a currency hedge,” Tannenbaum says.

Tannenbaum anticipates that interest in US real estate will grow as German investors continue to look for diversification. “Since the US is not at its peak yet, they see chances especially to invest in secondary cities, like Boston, Austin, or Seattle, where the risk profile is more comfortable than it is in New York City, Washingon DC, or Los Angeles,” he says.

The deal was brokered by Savills Studley. “It is a very synergistic team,” says Robert Stamm, who leads Savills Studley’s US cross-border group. “An overseas institution has a hard time competing. We are all aware that core markets are hot and expensive. It’s a great idea to be creative, to use their strength and team with a private operator. It’s better than teaming with a bank, where expectations would be too similar.”

Deka remains focused on core; its global fund holds retail money, with 300,000-400,000 individual investors. “Out of our retail funds, there is big demand at the moment for our global fund,” Danne says.

The main challenge for German institutions in the US, says Stamm, is that the market is very aggressive in terms of timing, underwriting, and commitment. “German funds tend to invest for 20 to 30 years in the US, but other investors may be a little more bullish.”

One strategy is to enter into joint ventures with top US real estate investors. At the end of December 2014, Allianz partnered with Manulife Asset Management Private Markets to co-invest in US real estate. The first properties in the partnership included office buildings in Chicago and Washington DC, and Manulife sold Allianz the majority share, and they will be actively managed by Manulife. In this deal, the firms have taken out an existing capital partner. “Going forward,” says Donner, “we are looking to truly co-invest in deals via joint acquisitions.

“In joint ventures, we are looking for core, stable, well-leased properties, typically in gateway cities, markets with size and liquidity,” Donner says. “For more yield, we are looking to invest indirectly, for example, in value-add funds.” But he says Allianz goes into funds with substantial investments. “We try to invest sufficient money that we have some say in strategy”.

In the debt sector, Allianz will go in with smaller portions, down to $30m, and will also consider smaller, regional markets. In January, Allianz provided $95.5m in first mortgage financial to RED Development and BIG Shopping Centers USA, secured against a shopping centre in Omaha, Nebraska.

Allianz is active in office, multifamily, retail and industrial. “We don’t do hospitality – there is probably more downside than upside at this point in the cycle,” Donner says. In terms of retail, the firm prefers grocery-anchored centres, which historically have performed well in the portfolio, as well as high-end malls.

Donner thinks that German institutional investors are under-represented in the US. “Other countries are more aggressive,” he says, “and the competition in the US is always strong. You get competitive advantage in the way you communicate with your clients and with the reputation and standing of your company. We need to make more people aware of that.”

Allianz, as a group, represents significant potential demand for US real estate investment, says Donner, and his goal is to be more transparent with sister companies around the world to channel their investment toward the US, which represents a strong investment market. “My concern with the US is not with the fundamentals – it is that it could become too frothy,” he says.