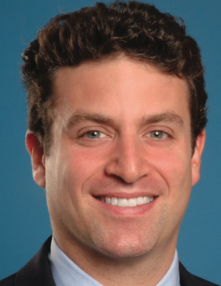 For those able to look past short-term stresses that invariably accompany major development trends, experienced Brazilian investment managers say São Paulo today offers some of the most compelling property opportunities available in any market. Opportunities are geared to either short-term factors that are pressuring some property owners to raise cash by selling, or long-term factors reflecting Brazil’s economic potential and São Paulo’s leading role in the country’s development. While there are challenges to capturing either opportunity set, São Paulo property offers alert pension investors a chance to deploy capital in a market that offers double-digit going-in cap rates, fund IRRs that can top 20%, and moderate levels of leverage across most sectors.

Following a year of tough economic news and a brief recession, Brazil’s property markets face considerable pressure. This has presented an opportunity to acquire quality assets below replacement cost in a range of sectors, says Josh Pristaw, senior managing director at GTIS Partners. Office, industrial and logistics property prices have all experienced corrections in the past 18 to 24 months, with price declines of about 20% in class-A office property bringing that sector near a cyclical trough, says Pristaw. “People are selling Brazil first and asking questions later,” he says. While the correction is coming from several directions, he adds, it is not a matter of lenders foreclosing on loans. Instead, circumstances unique to several types of property owner happen to be causing pressure to raise cash, and in some cases the situation is a natural progression in corporate development.

Like the US and Europe in the 1950s and 1960s, many Brazilian companies have considerable real estate on their books, and the slowdown is causing “tremendous pressure to sell non-core assets”, says Pristaw. Corporations see property as a source of cash to cover hefty payments on dollar-denominated debt taken on since the crisis – corporate leverage has risen from 28% to 47%, according to GTIS. And property companies that took on debt at the holding-company level during a decade of strong growth are struggling as interest rates rise. The Brazilian central bank in late-January raised its benchmark lending rate by 50bps to a three-year high of 12.25%. At the same time, estimates for Brazil’s 2015 GDP growth fell to 0.13% in January from 0.55% a month earlier.

Rising rates have put pressure on domestic Brazilian REITs that made minimum rent guarantees that they now cannot fulfil, says GTIS. Listed property companies face several sources of pressure to sell assets: their market capitalisation might drop below levels that justify continued inclusion in indexes or investment by international investors, and the decline in value can threaten a rating cut from investment grade, cutting access to credit markets essential to any recapitalisation plan. “That’s created a very asymmetric situation,” says João Teixeira, senior managing director and head of Brazil at GTIS.

The dislocation creates good timing to acquire assets in several sectors, says GTIS. Tapping the best opportunities will require patience to navigate the complexity of the São Paulo market, where much property is held in a variety of private and public vehicles. And despite pressures to sell, Teixeira says the market in São Paulo is deep and resilient. Conditions “are very different from a crisis where you see no demand” for property from end-users. Companies are taking advantage of soft prices to move from older office space to highly efficient new space that has been coming on the market in the past two years, accounting for half of the 800,000sqm of office space absorption during 2013, he says. In logistics, “the market has reacted well to price adjustments”, and GTIS has seen strong leasing on several properties.

“[companies are under] tremendous pressure to sell non-core assets”

Even as the economy weakened, industrial leasing rates increased again in 2014, says CBRE, with rents approaching 2012 highs as tenants opted for new, efficient space, commanding premium rates. The average asking rate of $8.65 per sqm remained the highest for a large market in Latin America. In class-A office space, leasing activity in the third quarter of 2014 picked up sufficiently to generate healthy absorption, despite a 2.5% increase in inventory from new construction, says CBRE. Vacancy continued to rise, reaching 15.4% – up from about 12% in 2013, but well below the peak of nearly 22% in 2003 and 2004. According to Cushman & Wakefield, São Paulo office rents are near a cyclical bottom, but with nearly 310,000sqm of new office inventory already due to hit the market in 2015, investment managers expect it will be 2017 before rents start to increase.

Despite few major office transactions recently, deals are still being done on top-flight properties. Local sources say Tishman Speyer in late-2014 sold a new office building in Avenida Brigadeiro Faria Lima, to Brookfield Properties at an 8.6% cap rate. Just 15 minutes from the airport, Faria Lima is one of the most prominent and desired locations for multinational investment banks, and the building is LEED Gold pre-certified for its core and shell. Sources say Tishman managed to negotiate such a cap rate because the project is a build-to-suit with a 10-year lease to a tenant with a triple-A credit rating.

Efficient new space illustrates that São Paulo is entering a new development phase. São Paulo has the most advanced information and communications technology (ICT) infrastructure in Latin America, boasting an ICT effectiveness rating just above Tokyo’s, according to Ericsson’s 2014 Networked Society City Index. São Paulo also ranks as one of 17 high-potential urban areas in the 2014 Cities in Motion ranking of 60 cities by the Barcelona-based IESE Business School. Eight of the 17 high-potentials are in Latin America, and São Paulo’s growth trend exceeds all regional competitors but Santiago – no mean feat for such an economic heavyweight.

São Paulo scored high in the IESE ranking for its international impact. Many EU companies have long had their Latin American headquarters and major operations in and around São Paulo, Teixeira says. The largest city in South America, São Paulo’s GDP is 12% of Brazil’s economic output. And the city is home to many foreign nationals, including the second-largest concentration of Japanese outside Japan. But although São Paulo ranked 27th of 135 cities for its international impact, persistent inequality resulted in scores of 122 for social cohesion and 129 for human capital.

Nevertheless, Brazil’s middle class has mushroomed in the past decade, and its demographic profile will continue to improve through 2010. According to United Nations and Brazilian central bank data, Brazil’s workforce is expected to peak in 2020 – and remain larger than the other BRIC economies until India overtakes it in 2030. Brazil is young – 61% of the population is below the age of 35 and half is below the age of 26. And it is getting richer – the share of the population with low income declined from 60% to 30% since 1995, while the share with middle-incomes and higher increased from 45% to more than 65% over the same period.

Rising income has fuelled demand for residential property from smaller, younger households. While this has provided a big investment opportunity over the past 15 years, for-sale residential development in Brazil offers global institutions an attractive risk-reward profile under current market conditions, says Frederick Gortner, co-founder and chief operating officer of Paladin Realty Partners. Paladin has invested nearly $750m of equity in joint ventures and transactions with a projected total cost of over $3bn since being launched in 1995. Nearly half of that capital is deployed in Brazil, where the firm concentrates on building for-sale low and middle income housing with local operating partners.

The strategy taps into the growth of Brazil’s middle class, says Gortner. Low and middle-income housing projects are substantially pre-sold, which mitigates market risk. In the past several years, some projects were as much as 70% to 100% pre-sold, but demand recently slackened to where pre-sales range from 30% to 60%. And with sales contracts indexed to the local inflation rate, foreign investors receive a hedge against currency risk – a key concern with inflation accelerating. Residential housing also carries low leverage, even by Brazilian standards, where commercial property leverage typically runs between just 30% and 40%. Paladin targets IRR to equity of 20% or more for the housing strategy, with leverage running between 10% and 20% over a full fund lifetime.

Ricardo Raoul, Paladin’s Brazil country head, expects commercial property to rebound from prevailing 10-11% cap rates starting in 2017 – with investors that are able holding on to assets through the trough. But with household formation projected to outpace supply by three to one for the next decade, Paladin expects demand for low and middle-income housing will remain strong. The private sector has started issuing 30-year mortgages, a major financing innovation in Brazil, and a government-sponsored programme that issued mortgages for over 3.5m units between 2009 and August 2014 aims to finance 350,000 more units through the first half of 2015.

Today all but one of Paladin’s projects are repeat business with local partners, says Gortner, such as São Paulo-based Construtora Altana, the operating partner for the A-PIMA series of homebuilding platforms that has so far undertaken two ventures comprising more than 5,500 low and middle-income units around the city.

Paulistanos, as residents of São Paulo city are known, will complain about smog, traffic, and crumbling sidewalks, then tell you they’d never live anywhere else. And it is that resilience that makes the city an attractive destination for property capital. “São Paulo is the place to be,” says Teixeira.