With government and corporate fixed-income allocations in harm’s way, pension managers are struggling to find sources of steady income that are not on the verge of taking a historic hit in principal value. Having raised allocations to core real estate equity in the five years after the financial crisis, pension funds are now building their investments in debt strategies and vehicles that lend to commercial real estate projects.

Consultants are focused on real estate asset allocation, and the minutes of US pension fund investment committees illustrate the popularity of property debt as an alternative to fixed income, and a strategy to preserve capital.

“We’ve had an increasing exposure to private debt as part of our clients’ portfolios over the past two to three years,” says Michael Humphrey, CEO of the advisory firm Courtland Partners. Debt allocations within real estate buckets are more common. “That’s definitely something that is in our policy statements, depicted as allocation ranges,” he says.

Several factors are driving the increased allocation to debt. First, says Humphrey, is the role of real estate in the portfolio, and that is increasing. Next is risk reduction. “In most public fund clients, we’ve seen the desired risk-return come down the risk-return ladder,” he says. As property markets have recovered, he adds, “there’s been a concern about making sure that we hang on to our gains and preserve capital”. That includes “making sure that, to the extent there’s an event that causes a downturn, a portfolio has more resilience,” and debt investments can help achieve that goal.

There is also a cyclical factor. “The reality was that a lot of the loss incurred during the downturn was attributable to overleveraging and aggressive leverage, such as loans at 100% LTV with recourse to the fund in some of the commingled funds,” Humphrey says. In response to the losses, funds defined significant core allocations and limits on portfolio leverage to reduce their risk exposure, he explains. “Some of the biggest public funds, right after the financial crisis, established core allocations and benchmarks that they needed to get into in a defined period, and for many of them it was five years.”

That translated into a tactical opportunity that emerged in late-2013, when consultants began to argue for pension funds to add debt to their real estate allocations. According to the October 2013 minutes of the Investment Committee of the $11.8bn (€10.0bn) Orange County Employees Retirement System (OCERS), “RV Kuhns believes that a tactical opportunity exists to invest in real estate debt; lending to high quality real estate assets with a predetermined coupon return without taking on equity risk.” Now called RVK, one of the firm’s consultants “stated that it is a conservative strategy with attractive risk-adjusted returns, where the investor receives returns from current cash yields while limiting the downside risk.”

Investing in property debt is part of a trend of funds moving beyond core real estate in search of higher returns, predictable income, and reduced risk.

The Kansas Public Employees Retirement System (Kansas PERS), for example, is aiming to invest up to $150m of its planned $350m additions to real estate next year in non-core strategies where it says value-add investments are offering premiums of as much as 200bps above core returns. The additional capital is coming from an increased allocation to real estate and sales of assets.

The Teacher Retirement System of Texas is investing $300m in the Starwood Opportunity Fund X Global, which will invest in distressed debt, as well as corporate recapitalisations, land and hotel assets, with a 50:50 split between Europe and the US.

Advised by Courtland Partners, the $15.1bn Illinois State Board of Investment  (ISBI) allocated $30m to Oaktree Real Estate Debt Fund. The ISBI had 9.7% of its assets in real estate at November 30, with a 10% target for the asset class. The board invests on behalf of certain state employees, the General Assembly, and judges. The Oaktree fund had committed capital of $1.01bn at the end of the third quarter of 2014, up $314m on the quarter.

Public and private US pension funds are most of the investors in the Principal Global Real Estate’s first debt fund, which closed at $550m last summer. Principal closed the fund in order to maintain its 8-10% target return, which it says is the typical goal for pension funds in this strategy. The fund will invest in loans to institutional-quality, stabilised assets with significant equity in major markets. 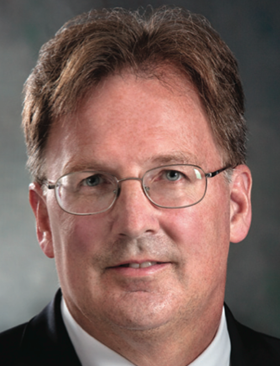 Selecting the right strategies and managers for a property debt allocation comes down to the importance that each fund wants real estate to have in its portfolio. In identifying that role, Courtland discusses cash flow, capital preservation, total return, portfolio diversification and other measures. “There are lots of different objectives,” says Humphrey. “In going through that discussion, you get a good sense of what role they want for real estate, and that will range from being a fixed-income-plus play to being something that’s akin to private equity.”

The choice of vehicle is important too. Some consultants say institutions need to ensure that the returns from investing in private-equity debt funds are higher than other types of debt investments that can be more liquid and charge lower fees. Sometimes investing in private-equity debt funds “is difficult for me to reconcile on a net-of-fees basis”, says Brett  Cornwell, head of fixed-income research for institutional consultancy Callan Associates.

Perhaps most important is to be selective, says Humphrey. “In a strategy meeting with a large public fund client, I said the market has recovered significantly, so it’s important to be selective at this point in time in your allocation – not only the risk-return, but understanding when the funding period is, and the manager’s track record in a market where there’s a fair amount of capital.” In the end, he adds, “you’re looking for somebody with a good deal of investment discipline”.

The capital influx has fuelled prices, particularly in US gateway markets. Along with expectations of rising interest rates, investors are moving into conservative debt strategies in order to have a cushion in case higher interest rates prompt cap rates to rise and property values to decline. Several debt sources say senior loans at 65% of property value, with an equity investor in first-loss position, are the baseline in today’s market. In some cases, a mezzanine debt tranche can push total debt to 75%, or even 80%, but yields remain between 7% and 10% because most transactions are based on property cashflows instead of pro forma financial statements that might include ongoing development.

Despite higher prices, some say, even on marquee office deals there are often avenues to enhance value. “People highlight the going-in cap rate, says Paul Sisson, head of the Americas for CBRE Global Investment Partners. “But, large deals often have complexities that create opportunities to unlock some value, often to increase retail rents and NOI.”

Capturing these opportunities will be an objective for pension funds in the next few years, and debt investments will play a key role. “To the extent, we want to increase the current return and preserve capital, we’ll look to more of a fixed or structured investment vehicle, and typically were going to do debt,” says Humphrey. “If we come away with a 5% to 7% income return, we’re doing pretty well.”