Laurence Monnier: Is there still a premium for liquidity?

The pandemic has reduced investors’ risk appetite. But will their desire for the illiquidity premium in private markets disappear?

Over the past decade, dwindling yields in fixed-income markets have pushed investors to look elsewhere to boost returns, either by allocating to riskier private asset classes or the less liquid public real estate, infrastructure and corporate-debt markets. 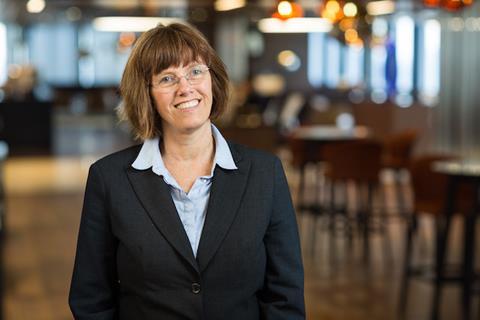 The increase in allocations to private assets was in the belief that investors could pick up an illiquidity premium – higher expected returns, over publicly-traded assets of broadly similar quality. But with bond spreads widening as a result of COVID-19, market stress and risk aversion, what might happen to the illiquidity premium and how much appetite will investors have for illiquidity?

Typically, illiquidity premia are compressed during times of market dislocation, as private debt reprices more slowly than public equivalents. Conversely, they tend to be at their widest just after a recession as public markets are quick to rebound but investors in private assets keep their discipline for longer.

The current situation has some marked differences to previous crises, which could have different effects on the illiquidity premium. As they did in response to the 2008 financial crisis, central banks have injected liquidity to shore up markets. This time, however, banks and other financial institutions are better-placed to support companies.

Even with central-bank support, the impact on corporate defaults and unemployment will be severe. The lockdown has hit certain sectors, such as retail, transport and hospitality, hard; others, such as healthcare and technology, have been resilient. Given substantial monetary support, bond spreads will likely narrow more quickly than in past crises, but with greater divergence at a sector and company level.

Another difference with the 2008 crisis is the sheer extent of the fiscal stimulus, which includes non-traditional measures such as wage support and, critically, government guarantees on corporate loans. These measures are likely to limit corporate defaults and loan margins.

The banks’ share of the loans market has declined sharply since 2008. According to S&P, global banks and securities only accounted for 24.2% of the European leveraged loan market in 2019; in 2007 this figure was 43.6%. So, while some government interventions to support companies will be channelled through banks, non-bank lenders will play a critical role in the recovery.

Disintermediation of the lending market will increase the importance of non-bank investors. But given the varying impact of the crisis across industries, investors will be highly selective in their search for illiquidity premia.

As in previous recessions, the sizeable widening of spreads in public markets has initially reduced the illiquidity premium, as private markets are slower to reprice. However, performance has been markedly differentiated by sector and the credit spreads for sectors less disrupted by COVID-19 are already narrowing substantially.

Given this differentiation by sector, the use of broad public benchmarks can be misleading. The illiquidity premium should be analysed on a like-for-like basis and might be higher than a simple benchmark comparison would indicate.

A difference with the 2008 crisis is that banks are not in the eye of the storm, and the cost to insure against bank default, as measured by credit-default swap spreads, remains moderate –  although banks’ funding costs remain relatively high.

This makes higher-quality private loans that are not eligible for government asset purchase programmes more costly to hold, which should offer more opportunities for non-bank players to finance highly-rated private transactions across Europe. It should also benefit private-structured finance transactions – for example, export credit agency guaranteed credits or swap repacks.

Governments offer direct support
European governments were quick to support companies and their economies. Most of this support has been channelled via banks, which benefit from reduced capital requirements and increased access to liquidity to finance loans. The Bank of England’s term-funding scheme, with additional incentives for SMEs, offers banks four years of funding at close to the base rate, with the volume they can access dependent on how much they lend to SMEs. Governments have also put in place measures to directly assist companies, including paying wages, tax relief, and guarantees on bank loans.

Loan-guarantee schemes represent a significant departure from the past. In France, the government has offered to guarantee of up to €300bn in corporate loans this year – over €50bn was approved by 30 April. Considering that the average flow of credit to companies for the three years to 2018 was €168bn, the scale of government intervention in the loan market is clear.

Each country has rules and exclusions for its schemes. In the UK, help is available to small businesses that derive more than half of their income from trading. But this will not benefit everyone – property companies deriving all revenues from rents are not eligible. But the conditions attached to these programmes could present diverse opportunities for investors across jurisdictions.

The duration of guaranteed loans is not just short term. In France, loans can be extended for up to five years following the initial one-year term. Loan costs are initially subsidised: in the UK, the first 12 months’ interest is paid by the government; while in France banks have committed to provide loans at cost plus a guarantee fee, which increases as the loan is extended.

Large volumes of such loans could weigh on the premium available in the corporate loan market for a while. Despite this, there could be good funding opportunities for investors, with an attractive premium over the next 12-18 months.

The size of asset-purchase programmes and improving market sentiment have started to drive down public bond yields, particularly in the investment-grade market. The US Federal Reserve has extended its bond-buying programme to crossover credits, and the European Central Bank will accept BB bonds as collateral. These measures have reduced credit spreads for securities in scope and are likely to remain in place for as long as is necessary.

If governments successfully transition societies and economies out of lockdown, we would expect the reduction in public spreads to accelerate, restoring the illiquidity premium.

There will be strong incentives for banks and governments to refinance government-guaranteed loans using institutional capital as soon as possible. Banks will want to reduce their exposure and concentration, freeing up capital for new transactions. Governments, meanwhile, will want to limit the size of their contingent liabilities. Borrowers will want to be free of the restrictions and covenants attached to these loans (for example, limits on their ability to pay dividends) and diversify their sources of funding.

While there is considerable economic uncertainty, the above conditions should give investors significant opportunities to finance transactions as the recovery takes hold. While the crisis is likely to have a negative impact on the overall illiquidity premium, such is the divergence at a company, sector and market level, more in-depth analysis is needed. In the short term, we still see value in higher-rated and structured private credit. Given recent market dislocation, opportunities will also exist elsewhere for investors with flexible mandates. Further ahead, there is a good argument to expect a broader rebound over the next 18 months.